Why I Stopped Watching the News
Posted on April 5, 2017
Category: Zeedub Musings

One of my oldest friends is a Fox News junkie. He, like so many Americans, has bought into the 24-hour news cycle. His television is always on and spewing the words of biased pundits who shape his worldview. Before this age of nonstop spin, I never heard him say a single word about politics. Now it’s all he thinks about. He’s a news addict, and it saddens me to see his otherwise neutral demeanor succumb to bitterness.

I used to think that Fox News was the problem. After all, they ushered in an era of opinion over fact. Point this out to their audience and you will be labeled a communist or some other knee-jerk insult. But it’s not just Fox. It’s everyone, at least from an American perspective. I tackled this topic in a previous post entitled Fake News and the Plague of Cognitive Dissonance, so I won’t rehash it. All you need to know is that the elimination of the Fairness Doctrine back in 1987 opened the floodgates of disinformation for profit.

Investigative journalism is dying a slow and painful death. Putting attractive pundits on screen to recycle opinions is a lot cheaper than exposing the corruptions of society. Today, news is a business, not a public service. News organizations are in the game to make money, not inform the public. This one all-encompassing fact has soured me to news as a whole. If my business was to profit from information, I would make that information as addictive and provocative as possible. Is it any wonder that every news headline reads like an apocalyptic proclamation? It’s sensationalism 101. Fear makes people consume. “Breaking News” used to mean something. Now it’s used as a placeholder for whatever mundane story is next. Before the Fairness Doctrine was eliminated, news was consumed in 30-minute increments. Why? Because you can digest everything you need to know about current events in 30 minutes (and that’s being generous). You don’t need a binge diet of 24-hour opinion pieces to be properly informed. Furthermore, any news that affects your life directly is already part of the public conscience. I highly doubt that there is anyone left in the civilized world who hasn’t heard of 9/11. News of consequence will find you. You don’t have to find it.

These days, I have found that most news junkies are really good at regurgitating sound bites, but have no actual knowledge of current events. Awareness requires time and research, something that the instant-gratification crowd is unwilling to do. It’s the whole “why read the book when I can watch the movie” attitude. Details are the cornerstones of comprehension. But alas, most consumers have lost the ability to separate fact from opinion. I wish more people had enough sense to realize that starting a retort with “(insert your favorite pundit) said…” instantly nullifies your credibility.

Furthermore, there is something unsettling about the marriage of news and advertising. Have you noticed that commercials are often tailored to the stories that precede them? If a story is worrisome or depressing, you can bet that the next commercial break will feature pills that combat anxiety or depression. Not only that, but the networks cater to viewership. Over on Fox, you see ads for drugs and reverse mortgages. Over on MSNBC, you see ads for trends and gadgets. It’s beyond blatant, but nobody seems to notice because everyone stays locked inside their bubbles of bias. Always remember that ad revenue is what fills the coffers. In America, news is entertainment and you are a set of eyeballs. Nothing more, nothing less.

And so, this whole “fear, ads, rinse, repeat” cycle wore me down to a cynical nub. Watching the news always, and I mean always, put me in a foul mood. After every bout of self-inflicted brain torture, I came out the other side no more informed than when I started. In fact, studies have shown that Americans who watch partisan news are actually less informed than those who consume no news at all. While shocking at first, it’s hardly surprising considering a steady diet of opinion over substance. I was forced to ask myself a simple question. What am I getting out of this? The answer: nothing. Absolutely nothing, aside from a surplus of eye rolls.

That’s why I stopped watching the news. Basic logic tells us that if something causes you harm, then stop doing it. This isn’t to say that I have stopped informing myself. I still do, but I vet my sources and employ a hefty amount of scrutiny. This is difficult to do on a daily basis, but easy to do over the course of a lazy weekend. In my daily life, I focus on things that I can manage, like my health and writing. And when the time comes to check up on the world, I pour a cold beer, kick back on the sofa, and surf a few nonprofits who are actually fair and balanced. 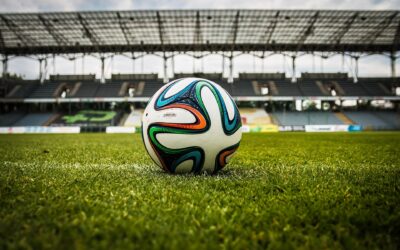